The radio ministry in Cameroon

In 2013, Cameroon will celebrate the sixty years of the radio ministry. More than two-thirds of Adventist Church members in Cameroon owe their conversion directly or indirectly to radio broadcasts. 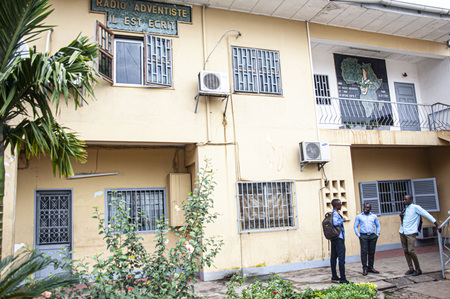 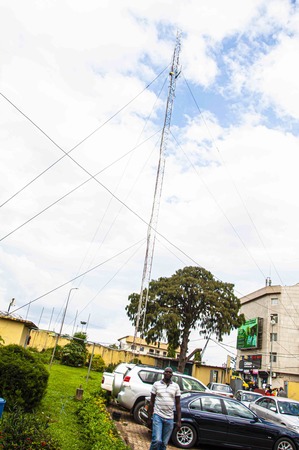 While Cameroon has extended its broadcasting network with new provincial transmitters, “It is written” programs were requested to be part of the schedule. Countries such as Gabon, Togo, Senegal, the then Upper Volta, the then People's Republic of Congo, Chad, the Central African Republic as well as French Polynesia were the consumers of the programs produced from the modest studio housed in the garage of Pastor Cosendai. He trained Patrice Ngangoumou, one of his worker's sons. He was in charge of the technique and the realization and had recorded the roll of the drum of the jingles used today. As for the call sign of the programs bearing the voice of Cosendai, Brother Aboutou Jérémie had played the drums in Avebe. For the record, Pastor Cosendai would have liked to record the voice of Aboutou for the call sign, but he could not quite articulate "It is written". So he resolved to do it himself. And his voice stuck as a symbol to the “It is written” productions. Some instrumental music was the work of pastors Nlo Nlo Jean Emmanuel and M’Bouala Alphonse who were excellent guitarists.
The financial and material challenges were enormous, but the impact of these "It Is Written" broadcasts and bulletins was so great that the Library of Congress in the United States of America wrote to solicit copies as a gift. It was the result of the excellent work of many preachers including Pastors Aimé Cosendai, Marcel Fernandez, Karl Johnson, Jean-Paul Cosendai, Joseph Nkou, Eya Medjo Clemenceau, Gilbert Wari, Jean Bikanda, Jean Emmanuel Nlo Nlo, André Makong, Jean Trebeau, Vincent Roger Same, to name just a few. There were also enormous technical and procurement challenges for tapes and other materials. But thanks to the support of brothers and sisters in Europe, Brother Kilian, Director of the Communications Department at the Eurafrican Division, a new professional recording studio has been set up. In this way, the demand from the surrounding countries had been satisfied.
And this is also how Bible correspondence courses could be offered to the many listeners. Their thirst aroused by broadcasts led them to study the Word of God in depth. A whole team was responsible for carrying out the follow-up, which largely ended in baptism. These fruits of radio broadcasts were the primary strength of the Church. Many of the older members went through this school before they ended up in the Adventist Church.
Pastor Aimé Cosendai says that another "sign of the impact of the broadcasts is certainly the fact that Mr. Jean Bikanda, the very one who, in his capacity as General Commissioner of Information, introduced the Adventist Church to the Radio-Yaoundé, was in his turn seized by the message broadcast and by "The Voice of Hope" Bible lessons. He was baptized. In December 1986, he became the director of the Radio-Communications department of the CAUM. Later, his testimony added to the impact of broadcasts and Bible correspondence courses would win over Brother Rostand Mvié, a former Secretary General of the Ministry of Information.
Ultimately, radio has a bright future ahead of it. It sticks well to the web to become a webradio. It clings to digital to become digital radio. And as the pioneer of Adventist radio work in Cameroon said, "Radio is unquestionably the most powerful and effective news 'medium' in Africa." We welcome the proliferation of broadcasting channels across the territory of the West and Central Africa Division. The future is bright.