MAURITANIA: An ADRA Community Center Was Inaugurated in Nouakchott

MAURITANIA: An ADRA Community Center Was Inaugurated in Nouakchott 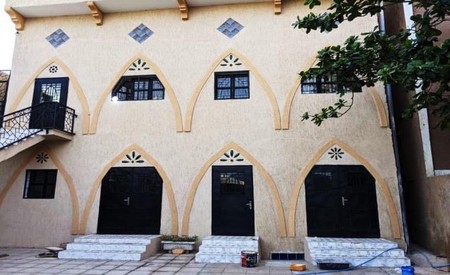 [Photo: A view of the new building]

ADRA Mauritania has just set up a Community Center in the commune of El Mina in Nouakchott, the Mauritanian capital. The new bright shining center was built with 34 thousand plastic bottles filled with sand. This is what forms the framework of the building instead of bricks or cinder blocks.  The thermoregulatory building has three floors with first floor and fits on 180 m2. It was made in a concern of environmental protection and recycling of plastic waste.

The bottles were collected by young people of the commune in schools and embassies. Some of them were bought because they had become precious commodity. The cost of the project was around US$117,000 (68,000,000 FCFA). It was co-financed by ADRA International and ADRA Belgium.

This initiative is part of ADRA's capacity building activities through education and training in small trades. Financed by ADRA International, the building that houses the center was designed in plastic bottles, an innovative technology whose added value is the protection of the environment.

During the inauguration ceremony, Dr. André Saenz, Director of ADRA Mauritania, recalled the purpose of the center which is based on three main pillars: "the health of the population; the learning of computer skills and languages such as English, French, Spanish; and the establishment of a multipurpose auditorium for educational meetings for the benefit of young people.” 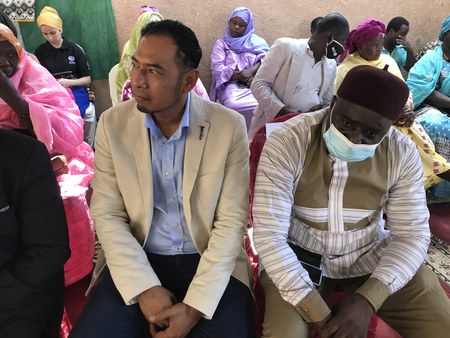 [Photo: A view of participants during the inauguration ceremony]

Those present at the ceremony did not fail to appreciate the dynamism of ADRA Mauritania, with regard to its proximity to the populations, the availability of its volunteers, the relevance of its projects, and especially its expertise shared with other social organizations in place in the country.

The Mayor of the locality appreciated the presence of ADRA in the commune of El Mina, and promised to support its action, expressing the wish that "the young populations seize the opportunity of this community center to receive holistic education that combines the mental, physical and social".

The young "talibés" as they are called here find in ADRA a complementary resource to get them out of illiteracy and especially from the street where they are accustomed to begging, violence, alcoholism and especially smoking. Among them, the young Oumar TALL, responsible for an association that works for the integration of young people without diplomas, affirmed that "ADRA is an opportunity for young people".

As for the women, they appreciate the availability of ADRA for the education of young girls in a context where they are often marginalized.

Dr. Elie WEICK DIDO, president of WAD, appreciated the efforts made in the implementation of this project, and congratulated the ADRA team for their dedication. He hopes "that the populations will appropriate this center of influence and that they will make good use of it". Pastor Same Vincent, director of Adventist Mission at WAD, who was also present at the ceremony, did not fail to praise this beautiful achievement. 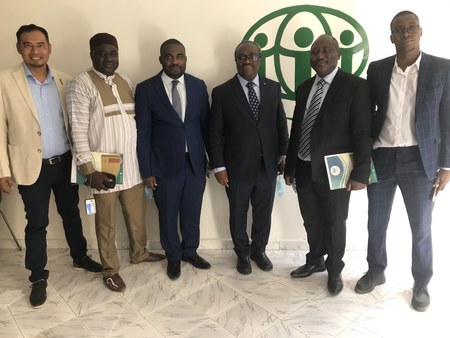 The center will house medical equipment for primary health care, equipment for a multimedia center, for language learning, sewing, embroidery and a library. Before the closing of the ceremony, an appeal was made to all for the equipment of this center, in the hope of seeing it achieve all its objectives. In Mauritania which is an Islamic country and considered as a Mosque, the Adventist presence is made possible by the action of ADRA and is recognized as the ADRA church. 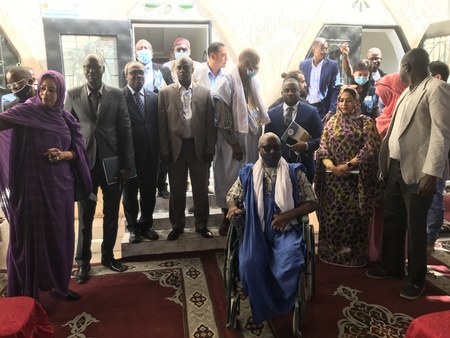 [Photo: Family picture at the end of ceremony]