Two servants of God going on retirement after loyal services.

Two servants of God going on retirement after loyal services.

Sabbath February 05, 2022, marked the end of the 2021 End-Year committee work of Mbam-Sanaga Conference of the Seventh-day Adventists. The administration of the Cameroon Union Mission took this opportunity to express its gratitude to Pastor BEKONO ESSOMO Moïse and Pastor NKOCK EKANGA Émile. 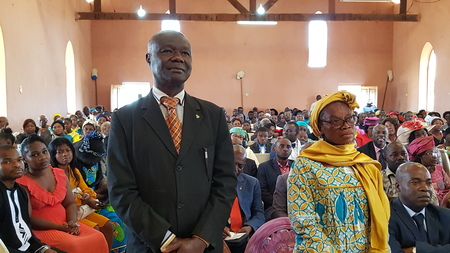 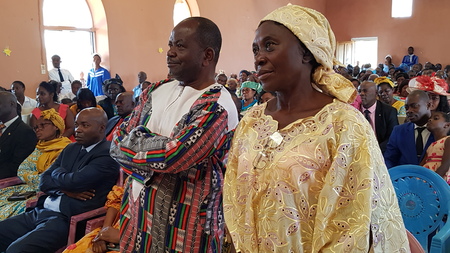 Chaired by Pastor Valère Guillaume Assembé Minyono, the retirement ceremony of Pastor BEKONO ESSOMO Moïse and Pastor NKOCK EKANGA Emile took place on Sabbath February 05, 2022 in Tong Adventist Chapel in Nanga-Eboko, in the Mbam Sanaga Conference. It all started with the reading of the biographies and the presentation of the service records of the two pastors in the spotlight. It is the Secretary to the Ministerial Association of the Mbam-Sanaga Conference, Pastor Samuel Valendaise Mvélé Abima who had the honor of leading this part of the program. 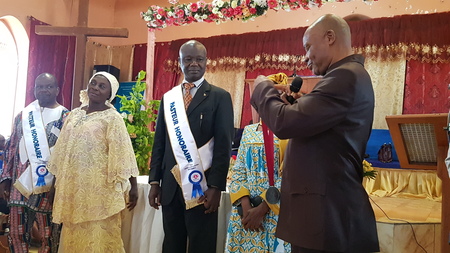 Pastor Bekono Essomo Moïse, born on November 13, 1955 in an Adventist home, began service in 1982 as an evangelist. He served in various positions in the central and southern regions of Cameroon as district leader. Beyond Cameroonian borders, he was also appointed as the Congo Mission President of the Seventh-day Adventist Church.
Pastor Nkock Ekanga Émile was born on December 2, 1956 in a non-Adventist family. He began his pastoral career in 1989. He held various positions within the former Center and South Cameroon Conference as district leader. 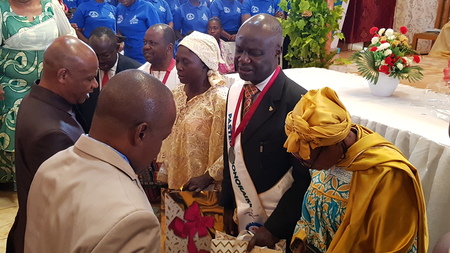 The second highlight of this ceremony consisted in the recognition of services rendered by these pastors by the President of the Cameroon Union Mission. In his address, Pastor Valère acknowledged that it was by the grace of God that this work was accomplished according to Zechariah 4:6. He also noted that God is not unjust to forget the sacrifices that these pastors have made for his cause. (Hebrews 6:11) They should consider retirement as a time when they must fully enjoy rest, continue to serve the Lord, while converting to another vocation. The Secretary to the Ministerial Association of the Cameroon Union Mission, Pastor Nang Ngba Timothée and Pastor Assembé Valère, the president, then proceeded to the presentation of the attributes to the honorary pastors. On behalf of the West-Central Africa Division President of Seventh-day Adventist Church, each pastor received a sash and a silver medal. Each couple received from the Union President wife’s hands, Shepherdess Assemble Micheline and those of the Cameroon Union Mission Shepherdess Coordinator, Shepherdess Ngba Beryl, presents in remembrance of this unforgettable moment.
To end this ceremony, the Cameroon Union Mission President said a special prayer to the Lord on behalf the retirees after which souvenir pictures were taken.