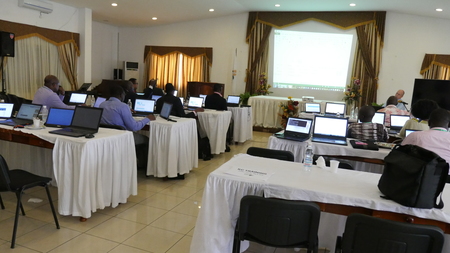 Auditors of the West-Central Africa Division went on a training session from August 29 to September 8, 2016 at the Division’s Headquarters. This training of the auditing unit was about a new software named: "KNOWLEDGE COACH" and 17 people were present to be acquainted with this new system. The gathering was led by Elder Paul EDWARDS, Associate Director, Process Improvement and Roy LACSON, Assistant Director, Technology, GCAS headquarters- both from the General Conference. ​